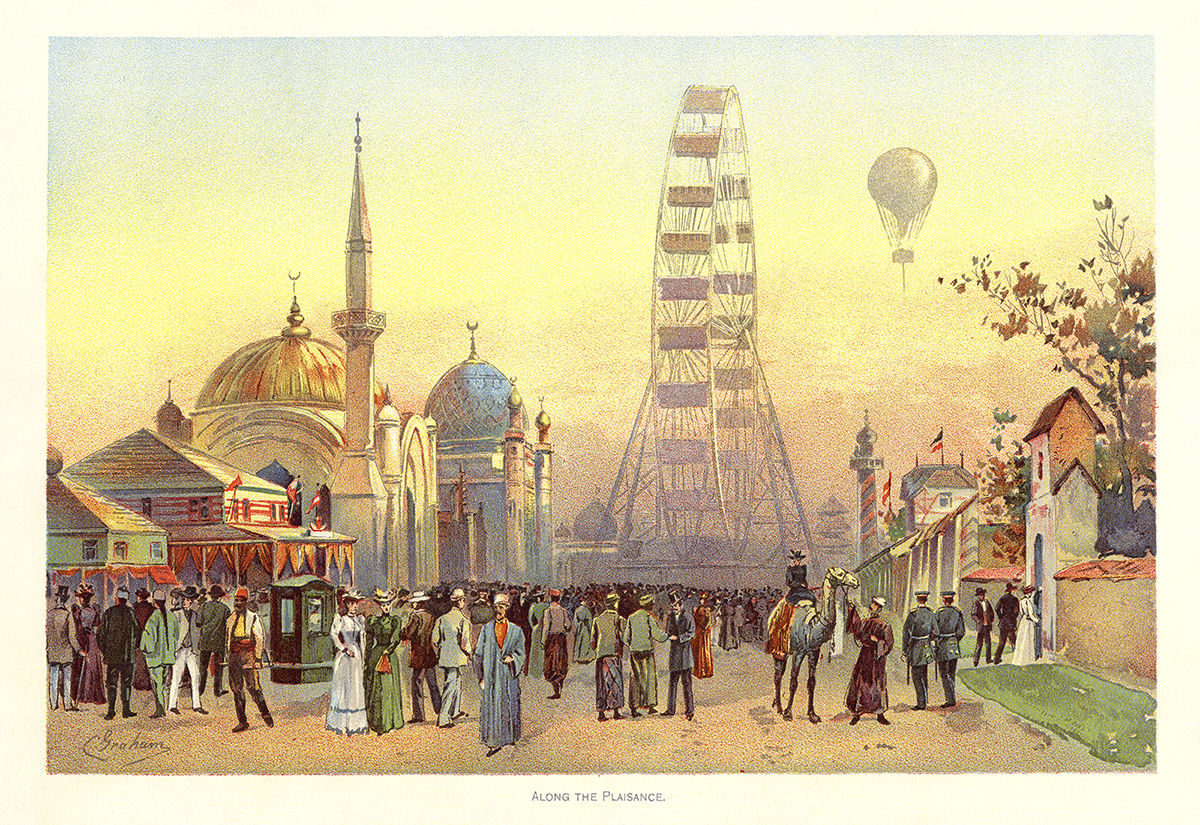 Along the [Midway] Plaisance. Ferris Wheel in distance. Color plate by Charles S. Graham from The World's Fair in Water Colors 1893.
[Public Domain]

The Field Museum was founded in 1894 following the conclusion of the World’s Columbian Exposition as a permanent place to store, curate, and display the collections that had been presented at the Fair. Over the last 125 years,the collection has grown to become one of the largest anthropology collections in the world representing cultures and communities from across the globe.

As within any collection of this size, there are innumerable collecting histories represented by the items currently housed at the Field Museum. While many of these histories show a deep respect and care for other communities, many others --especially those from the late 19th and early 20th century-- are highly problematic.

Many collectors believed the scientific benefit of collecting certain items and human remains outweighed the harm they were causing communities or were ignorant of the damage left in their wake. Many cultural items were bought or stolen from communities under the assumption that Native peoples were going to disappear; and therefore, their cultures needed to be documented and preserved.

Today, the Field Museum is working within NAGPRA and its regulations to determine the items in its vast collection that meet the parameters for repatriation defined by the law. We work alongside Native communities and traditional religious leaders as well as historians, archaeologists, anthropologists, and linguists to determine the history of the items as well as the affiliation they have to descendant communities in order to ensure that these individuals and items can be returned home where they belong.